On a busy street in east London, you find the Whitechapel Art Gallery which opened in 1901. Plans to ornately decorate its facade were never realised – until very recently.

Renowned artist Rachel Whiteread was commissioned to fill the blank space, and has created  a scattering of gilded leaves which look like they have blown against the building in a storm. It’s a beautiful and unexpected sight in this part of the city, and a pleasure to capture on film. 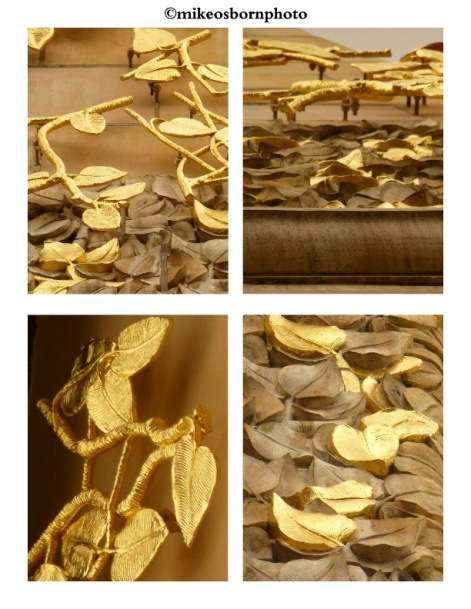 The Space arts website covered the unveiling of Whiteread’s Tree of Life sculpture with a series of behind-the-scenes films about how it was created, including the terracotta backdrop and the process of gilding the bronze leaves.

There is also an interview with Whiteread, who became the first woman to win the prestigious – and controversial – Turner Prize in 1993.

You can watch those films here.

London is about to descend into an Olympics frenzy, but if you happen to be over here, then take a detour and admire the way a previously ordinary building has been transformed.

The golden leaves can also be photographed in a myriad of different ways and will look spectacular if you’re lucky enough to have some sunlight.

The inside of the gallery is also worth exploring, and my hot tip is the cafe next door for a cake-filled comfort stop.