The rebirth of film 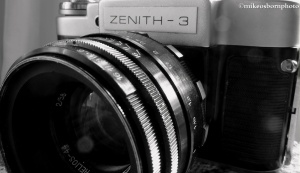 It’s been more than seven months since I took delivery of my 1968 Zenit-3 camera, a beautiful, mechanical beast from the Soviet Union promising the retro joy of film photography and a new way of looking through the lens.

I soon became used to its weight and vintage clunkiness, the lack of battery and digital function. A flurry of enthusiasm was dampened by my lack of experience, leading to the pain of ruining an entire film of shots.

The heady smell of my Zenit’s leather case was left untouched for months before I dived in for another attempt. This time I minimised the risk of destroying another roll of film by winding it back prematurely. That was after fast-shooting in an afternoon to avoid further long delays.

Well the first results were returned, and it evoked the boyhood memory of checking a sheet of negatives against the light. Yes, I had shots, although some had failed due to overexposure on a very bright day.

This selection of monochrome images are simple, safe and taken around my west London neighbourhood of Hammersmith and Ravenscourt Park.

Was it worth the wait? I love the grain to these shots. They feel entirely different to the crisp images produced by my Fuji X-E1. The focus and depth on the garden wall image is very good, while the floral images have a compelling quality in black and white.

But the initial results of this return to film expose how digital has dulled my instincts for the technicalities of photography. I had to made blunt guesses about aperture and exposures – although analogue aficionado Stephen Dowling says a pocket light meter is a must. These photos, taken on a sunny day, seem a little bleached and lack the strength of contrast monochrome offers.

However, the Zenit makes me think differently about taking pictures and often goes against my usual thinking. It obviously has practical drawbacks and requires the effort we used to exert without a moment’s worry.

Right now the camera is sitting idly and may not be picked up again for a while. But after 45 years in existence, this patient creature is always ready for the next assignment with its latest – still wet behind the ears – owner. 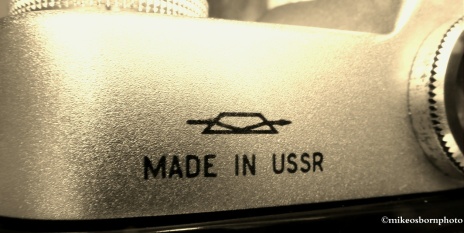 Read the first post about my new Soviet friend here

43 thoughts on “The rebirth of film”