Five modern buildings that will inspire you

Modern architecture is rubbish. Actually, I don’t think so. New buildings can be some of the world’s most innovative, striking and inspiring creations. Here’s five that have made a lasting impression on me and are worth visiting. I’d love to hear your nominations!

This Middle Eastern waterfront building combines clean lines with elements of Islamic design. It’s become a must-see in Doha for oozing architectural cool as well as the treasures it houses. Classy, photogenic and Instagrammable. TAP/CLICK IMAGE TO SEE MORE

A building comprising of cubes, a great deal of glass and even an open window on the sky. Visitors are encouraged to interact with the space. It’s an unexpected feature of a city best known for its ancient history and genteel architecture. TAP/CLICK IMAGE FOR MORE MODERN JAPAN

This hunk of blue glass positioned next to Reykjavik’s waterfront is a centre for concerts and conferences. It’s a very impressive building to find in such a small capital city and is a photographically mesmerising from all angles. TAP/CLICK IMAGE FOR MORE REYKJAVIK

A contemporary place of worship but also a major tourist attraction. Its numerous domes and minarets make it stylistically the most traditional of these five buildings. But it looks shimmering and new while being very photogenic. TAP/CLICK IMAGE TO SEE MORE 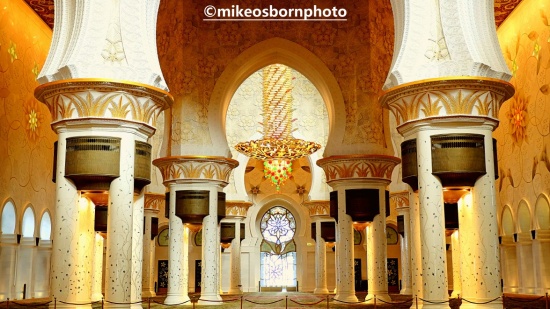 A local building which first took my fancy earlier this year. It’s a faculty building of Manchester Metropolitan University, with a striking exterior which has many perspectives and alters in different conditions. Both the university and Manchester have their fair share of new architecture, which seems to delight and disquiet in equal measure. TAP/CLICK IMAGE FOR MORE NEW MANCHESTER

5 thoughts on “Five modern buildings that will inspire you”

Please leave your comment below. I look forward to hearing from you Cancel reply